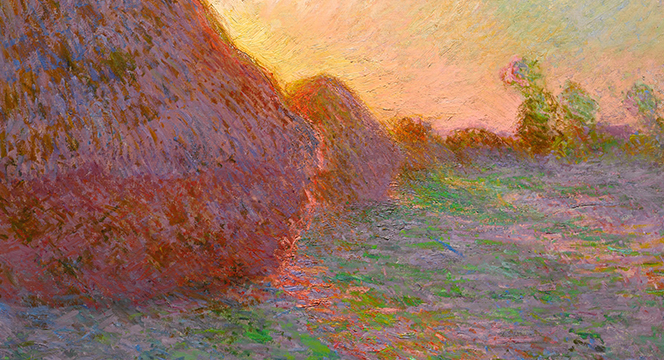 It was only a few years previous that had the first synthetic colour invented and marketed to the public. Some painters experiment with new materials and a new focus of inspiration. Monet did that with his haystack painting series. He was studying how light can hit the same object at different times throughout a year. It’s easier to think about with modern technology like a camera but this was the birth of a new movement that studied light and mood more than any other era.

A Brief History of Manganese Violet

Manganese is a free element that is not made up of any other compound found in nature. It is number 25 on the periodic table. It is often found within other minerals like iron and is used in making metal alloys for stainless steel. Manganese is a silvery-gray metal that was used in prehistoric cave paintings in the Lascaux region of France around 30,000 years ago. The name Manganese somewhat came from the Greece province of Magnesia. Two names are closely associated with the manganese compound; male magnes is used for iron ore known as the lodestone or magnetite which is in the making of the magnet and female magnes is used for decolorizing glass. The male and female magnes compounds were determined by the attraction to iron.

Manganese Violet is a colour that was popular during the 19th century when making mauve synthetically became easy. This is a synthetic pigment composed of a double salt of phosphoric acid with manganese and ammonium (ammonia.) Manganese oxide cones from the Earth and contains trace amount of heavy metals.

It was discovered around 1868 Germany called Nuernberg violet. Around the 1890s the paint was available by Windsor and Newton. The pigment has a deep rich opaque hue that is affordable to most painters and artists. It’s such a strong colour to use that it has poor hiding power. It’s lightfast and can be used in many different types of paints. The colour quickly replaced cobalt blue for the more opaque red-violet colour. Inhaling or ingesting the pigment can cause nervous system disorders.

Claude Monet and his shadow studies

The violettomania is the response to the popularity of the colour. It was written an article by Oskar Reutersward in the 1950s explaining the usage of synthetic blues by the Impressionists. Violettomania is the name of the fade of excessive blues, violets and pinks in their paintings. The critics said they were suffering from seeing blue. It was everywhere and must have been overwhelming. The book was called Violetomania in the Impressionists written in the 19th century about the blue colour fade.

Monet used manganese violet in most of his paintings, especially during his haystack painting decade. The study of the sunsets, sunrises, weather or type of field would be reflected in his paintings. The haystacks were of a a pair of haystacks of possibly barely or oats for one year under the conditions of multiple seasonal weather. The haystacks belonged to his neighbour’s farm, Monsieur Quéruel. Monet noticed the light changing on the haystacks and asked Quéruel’s stepdaughter, Blanche Hoschedé, to use the field to paint the haystacks. His daily routine involved him carting paints and canvasses across the field to paint the haystacks with his assistant. He would have two sets of canvasses to work out of and only develop the one that closely resembled the fluctuation of light.

I am struggling with a series of different effects [haystacks]… but at this season, the sun sets so fast I can not follow it.

Claude Monet on Painting the Haystacks

The winter editions of the haystack have the lights and shadows captured in violets and orange hues with brown hints underneath the snow.

The popularity of the colour gave painters new insight that shadows are coloured of complementary hues when light strikes it not black. Since the sun is yellow the shadows must be purple. Monet wanted to study one subject’s interaction with light and shadows that he did for several years. He completed 30 paintings in 3 years has he investigated the interaction with light under different times of day and weather conditions.

I have finally discovered the true colour of the atmosphere. It’s violet. Fresh air is violet. Three years from now, everyone will work in violet.

The Haystacks series was a great success. Many called the series “Faces of Landscapes” as they represented the countryside. It funded him enough money to buy a house in Giverny, France where he constructed a waterlily pond.

What suddenly became clear to me was the unsuspected power of the palette, which I had not understood before and which surpassed my wildest dreams.

Wassily Kandinsky reflecting on Claude Monet Haystack in his memoirs

Is it still used today?

They were used for a while in cosmetics and in plastic materials. The colour compound is mostly used in eye liners, lipsticks, nail polishs, blushes and eye shadows that have a purple tone to them. It’s now safe to use in make up form, especially around the eyes. According to the FDA, Manganese Violet is used has a colorant, safe for cosmetic use and personal products. But it is also safe as an indirect food colorant. It’s considered to be a good pigment for cosmetics due to its vibrancy and hue. The manganese violet pigment can range from reddish to bluish shades of purple. The shade can also brighten white and absorb yellow light.

The compound is particularly good for plastics for its lightfastness, weather resistance and heat stability on hard and rigid plastics. 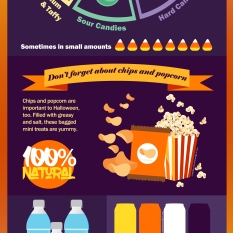 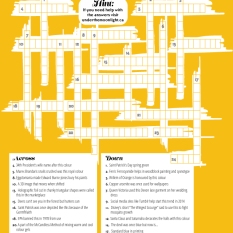 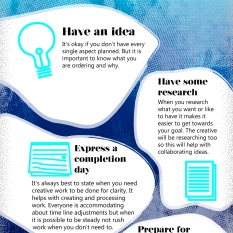 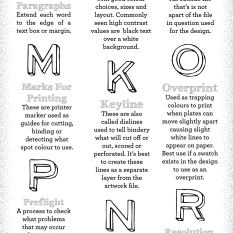