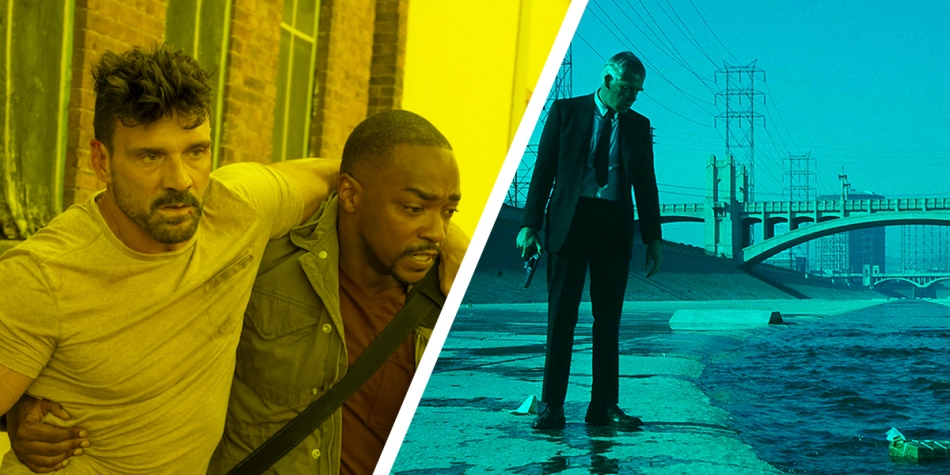 Sometimes recalling a movie can be difficult especially when remembering a movie title similar to another property. These movies are not remakes or any type of re telling of the same story. Just a movie with a similar name and sometimes premise. This is a list of movies that have a name partly in common.

One film is the Academy Award winning film based on a book of the same name. The other film is a cult classic B-movie with questionable storytelling and acting.

The Room (2003) – The Room is an independent film by Tommy Wiseau about a banker discovering that his girlfriend is having an affair with his best friend. The film is known as the greatest bad movie ever made but it is also one of the greatest modern examples of problematic filmmaking where Murphy’s Law is bound to happen with your first film.

Room (2015) – Room is based on the novel of the same name that was influenced by the 2008 Pennsylvanian court case of a woman held captive for eight years in a small room similar to the one in the novel and loosely in the film but the fictional sense. The film garnished multiple awards and Oscars for its cast and crew. It’s a grim tale of survival through the eyes of a child.

Both are action movies about anti-heroes but one is about comedic comic character and the other one is a part of the Dirty Harry films.

The Deadpool (1988) – The last film a part of the Dirty Harry film series as Harry Callahan and n introduction of a new partner investigate a death of a rock singer deemed suspicious. A serial killer plays a dead pool game with Harry Callahan on the list. This more of an action thriller that’s not as good as Dirty Harry but better than Magnum Force, Sudden Impact and The Enforcer. It has humour but doesn’t deviate from suspense.

Deadpool (2016) – Deadpool is based on the comic book character that started in the early ’90s by Marvel Comics has a spoof of the DC Comics character Deadshot. Over the years from creation, the character evolved to a nutcase mercenary who breaks the fourth wall often. The 2010’s film is partly an R-rated action-comedy that unlike most of the bloated comic book movies of their time had a focused script and a small cast of characters.

Point Blank (1967) – This mod 60s movie is the smooth action film than the action film that is sometimes theorized has a ghost story. This film is about a crook seeking revenge against his ex-partner who double-crossed him and left him for dead in Alcatraz. The very determined ex-con played by Lee Marvin beats up whoever is in his way to the answers he wants. Almost like a one-man army after some well connected bad guys.

Point Blank (2019) – Point Blank is the action film that came out on Netflix in 2019. A cop must work to find his kidnapped pregnant wife before the time runs out. It’s a little generic and forgettable at the same time.

Both are futuristic science fiction films but one is a silent movie and the other one is an animated film with traditional and computer based graphics.

Metropolis (1927) – One of the first science fiction movies from the Neo-Expressionist German film style of the 1920s. A stylized futuristic city that portrays the class difference between the privileged above ground people to the mistreated workers of the underground world. It’s a futuristic dystopian film that had themes of American modern life, fascism, biblical influence of Babylon and  communism.

Metropolis (2001) – This film is an anime from the early 2000s. The film is loosely based on the 1949 manga by Osamu Tezuka, author of Astro Boy. It’s similar to the film Metropolis of the 1920s but instead of an underworld populated by poor humans, it’s populated by overworked robots. It also has theme trafficking discussed, economic inequality, the Shinto religion and discrimination against the robots perceived to take the jobs of the humans.

Both films are fictional films. One film is about the life of 121 year old encounters with the Wild West. The other one is about a 12 year old becoming the heir to the Minnesota Twins.

Little Big Man (1970) – Little Big Man is the fictional accounts of Crazy Horse. It is a revisionist Western movie about a 121-year-old man in a long care centre telling his life story to a curious historian. It starts with him recounting how he and his sister survived a massacre at his pioneer village by the Pawnees and were raised by the Cheyennes. It also has references to Wild Bill Hickok, General George Armstrong Custer and being one of the survivors of the Battle of the Little Bighorn.

Little Big League (1994) – A kids’ sports movie about a kid suddenly becomes the owner and manager of the Minnesota Twins. He got the ownership from an inheritance. In the will, it specifies that the team is to be run by the executives until the kid is old enough to run it on his own.

Both are about authority but one is a fictionalized tale about the Battle of Mount Austen and the other one is a documentary about the murder of a Dallas policeman in 1976.

The Thin Blue Line (1988) – This groundbreaking documentary is about the Dallas police investigation of the murder of police officer Robert Wood. It was on screen the first time a crime story was detailed in this fashion showing photos, witness statements and reenactments of the crime. The thin blue line is a term that police officers use to separate the line between order and chaos.

The Thin Red Line (1998) – A docudrama about American soldiers at battle in Guadalcanal, Solomon Islands during the Guadalcanal campaign in World War Two. This movie references “the thin red line of ‘eroes” from a Rudyard Kipling poem Tommy. The poem was based on the 1854 British solider action in the Crimean War called The Thin Red Line (Battle of Balaclava.)

Both are comedic films about a man reincarnated into a snowman around Christmas time after an accident but one is a family drama that takes itself too seriously the other one is a campy horror film not suitable for kids.

Jack Frost (1997) – Jack Frost is a serial killer reincarnated into a snowman after a transport accident inflicted him to merge with snow and unknown toxic chemicals. He goes loose on a killing spree murdering people in his path like a snowman. It’s really dumb.

Jack Frost (1998) – Jack Frost is a travelling guitarist in a mediocre rock band. He is often away from home to his son’s dismay; leaving him standing next to the snowman they were supposed to make together. On his last trip, he is fatally injured in a car accident and is reincarnated as a snowman that his son made. Throughout the film, a lot of snow and ice puns but a morbid look at a reanimated snowman.

Both films are comedies about geeky people running away from a murder but one is about one person the other one is about a group.

The Wrong Guys (1988) – a comedy from the ’80s about reunion campers being hunted down by an escaped prisoner in a national park. It stars a lot of popular stand up comics at the time that tries their skills to have action comics.

The Wrong Guy (1997) – Dave Foley film that was produced three years after The Kids in the Hall ended. It’s a cross country hunt for a serial killer after him for witnessing a murder of his ex-boss while being trailed by a detective picking up clues along the way. It as more of the quirky humour that he is known for than action.

Both movies involve a New York City inner city gangs vying for respect but one is a violent take based off novel one taking place in the 1970s the other one based in the 1960s.

The Warriors (1979) – The Warriors is a 1970s cult action film that was turned into a video game in 2005 by Rockstar Games. The leader of all gangs meets in a citywide truce in the north Bronx with all the gangs to outnumber the police three to one. But he killed by Luther, a shady rival gang leader of the Rogues, framing the leader of the Warriors, Cleon. Now the Warriors must retreat to their home turf in Coney Island for safety until they could clear their names in one night. This movie is very quotable.

The Wanderers (1979) – This is another cult classic that was re-released to theatres in 1996. An Italian-American street gang vying for respect in the 1960s Bronx. The gang struggles with rival gang Fordham Buddies for dominance. It’s a retro movie that’s partly a coming of age movie.

Both movies are horror films that deal with the dead but both have two different meanings to the title “brain dead.”

Brain Dead (1990) – Brain Dead starring Bill Pullman and Bill Paxton who work in a corporate science lab experimenting on brain activity. They find a patient that has corporate secrets to a new machine but his mind is mentally gone. The corporate executives decide that the doctor goes inside his brain to fish out answers. This film has a twist that brings out the horror of the weird film.

Braindead (1992) – This early Peter Jackson zombie film is about a rabid rat infected with a weird disease bites an overbearing mother of a thirty-something-year-old man turning her into mother of the zombies. This film is gory, sometimes gross (it’s an early Jackson film so duh) but also very violent. The secondary title of this film is Dead Alive.

Both films have an ego maniac as the villain with an over-the-top stupid plan based on existing properties that started in the 60’s just one is based off a comic book series the other one a television show.

The Avengers (1998) – The Avengers is a British spy show like Mission Impossible but instead of going with government espionage and fighting a double agent like the first Mission Impossible, they went with a goofy plot. Sir August de Wynter, a rich technology tycoon, builds a weather machine to control the weather. There are mechanical killer bees, clones that look like heroes, weaponized storm clouds and villains dressed in teddy bear suits. It’s goofy fun but the plot is so cheesy and filled with so much weird it’s stupid. Maybe needs a remake.

The Avengers (2012) – The Marvel movie Avengers takes The combined effort to fight Loki, the God of Mischief, for the blue Tesseract. Under the leadership of Nick Fury, Iron Man and Captain America, the avengers fight to stop space invaders and save the Earth. This film is based on the comic book series The Avengers that started in the late 60s. A special effects heavy movie of well known comic characters fighting on screen in a plausible science fiction plot. 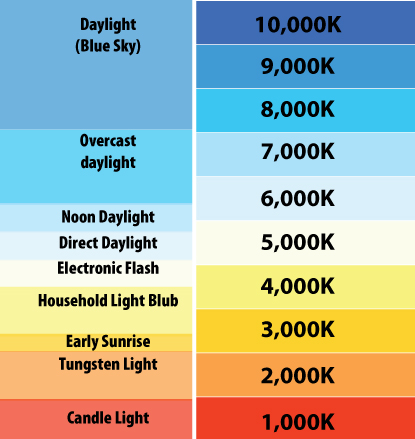 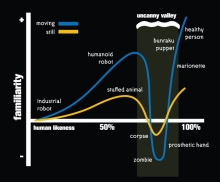 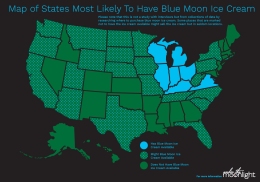